Due to the collapse of the "Ponte Morandi" viaduct of the A10 motorway, between Genova Ovest and Genova Aeroporto, departing passengers are advised to move to the airport in advance. These are the recommended ways of moving to/from the airport: 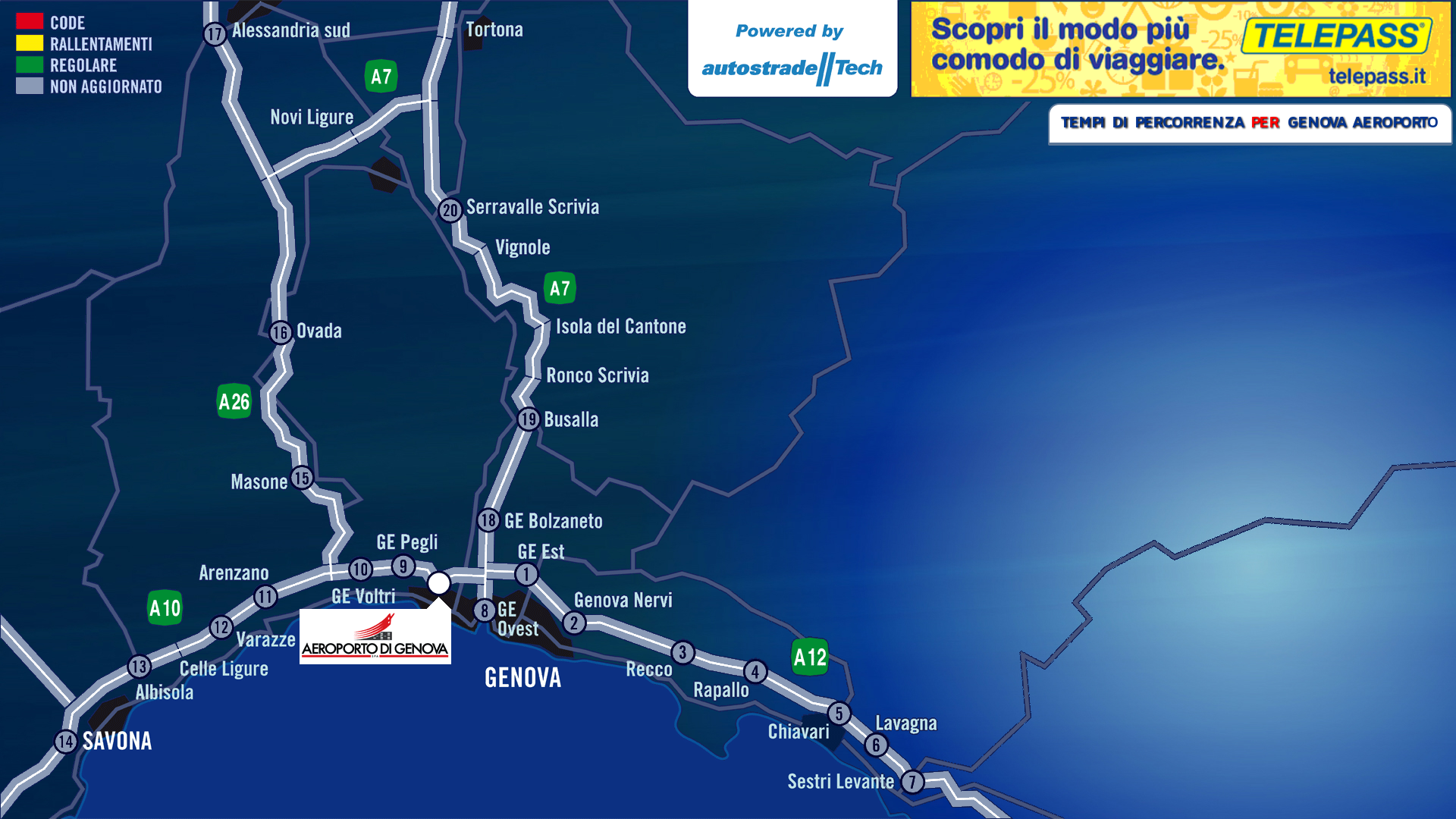 - From the city center you can reach the airport via Guido Rossa or, alternatively, by the urban road system of Sampierdarena and Cornigliano.
- For those arriving from western Liguria: A10 motorway to the "Genova Aeroporto" exit.
- For those arriving from Piedmont and Lombardy, it is advisable to use the A26 motorway to the junction with the A10 (Prà), then continue in the direction of "Genova Aeroporto" exit.
- The situation is more critical for those coming from the eastern part of the region, due to the interruption of the A10 motorway between Genova Ovest / junction between A7 and A10 and the tollgate of Genova Aeroporto. For those using the A12 motorway it is possible to exit at Genoa Nervi, Genova Est or Genova Ovest, then to continue towards the airport via urban road.